As many of my friends know, I am spending most of the summer in Mexico City, visiting my wife’s family. I have a few posts to write about some of the things I’ve done, so keep reading my blog later this week for more!

So far, most of the summer has been spent with me working, and small evening or weekend outings (you can see some pictures of those on my other site). For the first time in all the times we’ve come here, this year I decided to take the family on a jaunt elsewhere, away from Mexico City. Back in April of this year, and again in 2014, I went to Playa del Carmen in the Yucatán for a team meetup, so I thought that it would be fun to go back with the family, so my boys could see the beach and the Mayan ruins that I knew well. At the same time, I didn’t want to have to deal with “where are we going to eat” every day, so for the first time ever, we went to a relatively cheap all-inclusive hotel. It ended up working out pretty well!

Our first night there, we got there just in time for supper, and the pool was already closed, so we just hung out on the beach for a while after eating, enjoying the sound of the surf, and the starlit sky. Then, on our first full day there, we spent it on the beach and in the pool, with the occasional break for some food or a drink. It was pretty nice to have a full day of “nothing to worry about but food”. I don’t know if it was because of the particular day (Monday), or because of the risk of rain (we saw lots of rainclouds over the sea, out near Cozumel island, and rain too, but it didn’t end up coming our way), or whatever the reason was, it was pretty quiet that day. I was even able to take pictures of the beach and beach chairs, with hardly anyone around:

The next day was our adventure day! In April, we had done a private tour with Mayans’ Explorers, and it went really well for us, so I contacted them again to ask them for a tour for just us. It was easier this way than signing up with large groups of 20 or 30 people, and much more enjoyable and flexible.

We started at about 7am from the hotel, in one of the typical little tour vans of the area.  First on the agenda: a visit to Tulum. I had wanted to go to Tulum for as long as I could remember. The images of the ruins with the ocean right below the cliff always impressed me. However, it was already STUPID hot and humid by the time we got there around 8am, and and unfortunately, the access to the beach was closed. Oh well. My kids can come back on their own when they’re older. In any case, there was a lot of sargassum seaweed (the whole Mayan Riviera coast is suffering from an excess of it this year, as you may have spotted in some of my photos), so it wouldn’t have been all that great.

After we left the ruins, soaked in sweat, we went to a nearby beach for some snorkelling. We had hoped to see some turtles, but none were around. However, we saw lots of other fish, as well as some rays, and what looked like a barracuda. The boys enjoyed it a lot! I don’t have any photos of the scuba diving though, since we left our phones on dry land!

After scuba diving, we went to the Cobá ruins. It was super-hot again. However, our driver said “It looks like it might rain, do you want umbrellas?”..  No, no need, a bit of rain doesn’t hurt…

So we visited the first pyramid in Cobá, and the first “juego de pelota” (the classic Mayan ballgame court). Then, we rented bikes to go to the second pyramid, which is very steep but that you can climb all the way to the top. I went to the top in 2014. However, this time, my youngest son went up maybe 10 steps and said “Nope, nope, I’m going back down”, so I went down with him. That’s when a few drops started. “Just a few drops, not a big deal.” As you can imagine, those few drops became more and more, until it was really a downpour. My older son, meanwhile, had climbed all the way to the top with our guide; he got a good view, at least! Everyone climbed down; they were the last ones to reach the bottom. We all ran to a nearby small shelter, and waited out the rain. Except the rain didn’t stop. Soon the water started running in rivulets, and then streams, everywhere. Some tourists, with their blue plastic rain ponchos, were still going to the pyramid though; I guess they figured they had paid for it so they might as well go! I don’t any of them dared to climb it, however.

After waiting a while, our guide said “I don’t think this will stop any time soon”, so off we went to our bikes, water up to our ankles. It was a good 10 minute bike ride back to the entrance; what an adventure! Biking along in basically a river, under driving rain. I won’t forget it!

After we made it back to our van, soaked, we headed out to a local cenote, Multum Ha. We had to go deep underground to reach the water. The water was cool, refreshing, and crystal-clear. I loved the experience of swimming in it!

And that was the end of our adventure day in Playa del Carmen!

Today marks the 12th anniversary of my first trip to Mexico. I already covered some of the details of that experience previously, but I wanted to reiterate what a life-changing experience that trip was, and to write down for posterity some tidbits of what I remember from that trip.

Going to a Mexican university was quite different from from my Canadian university. For one thing, it’s huge, both in area and in the number of students. There were also other differences, such as:

While a student there, I went to several futból (soccer) matches, and even painted my face blue and gold once. I had never ever done anything like that before; being in a different country where no-one knew me previously allowed me some freedoms that I never felt I had. In any case, one amusing anecdote: I had a hard plastic water bottle that I carried around with me everywhere. When I tried to go to a match once, the security guards who searched my bag didn’t want to let me in to the Estadio with my bottle, lest I throw it on to the field or somehow used it as a weapon against fans of the opposing team (who were kept on the complete opposite side of the stadium with their own entrance, never to mingle with us Pumas). I feigned total ignorance of the prohibition on entering with any bottles or cans, and played my best fake “English-speaker who is barely able to string a few Spanish words together” accent. Being an obvious extranjero was a benefit, for once!

An albur is a pun, often if not usually sexual in nature. Whenever I went to the local market, I KNEW the butcher and the fruit salesmen were making fun of me, but I never could figure out what they were saying, really. Even to this day, I’m not sure what some double-entendres mean when I go to Mexico. Be wary of the laughing bus driver!

Speaking of buses, I really disliked taking them because most Mexico City buses are small, fast, and not the most organized; the bus drivers on a same route can be from different companies (or even individuals with their own bus), and so competition between drivers for passengers was sometimes fierce. Also, buses often took sudden detours, for what were (at least to me) inscrutable reasons. That’s why I liked the Metro so much: definite stops and lines!

I think I’ll stop there for today, but I’ll dig up and scan (yes, scan; no digital cameras or smart phones then!) some pictures from that trip for another post. 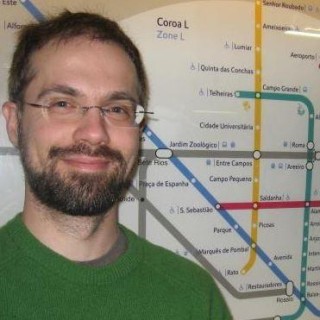