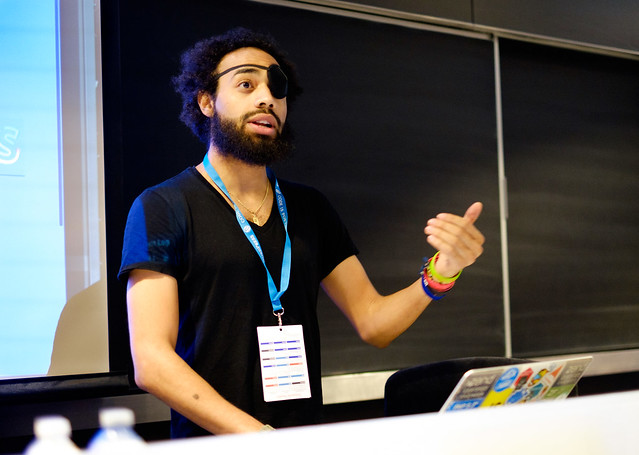 I’m really excited about this: I was selected to speak at WordCamp Buenos Aires this coming weekend, so I’m going taking an overnight flight on Wednesday and will get there Thursday, giving me a couple of days before WordCamp to explore the city.

As I usually do, I’ve read a bunch of guide books, and of course, I’m ready and excited to take the Subte.

I’m looking forward to the wine, and exploring neighbourhoods likes Palermo and Puerto Madero. I’m definitely going to stop by the beautiful Ateneo bookshop; what are other must-see places that I should visit?

This past weekend, I went to Paris for WordCamp. I was lucky enough to have found a very nice AirB&B in le Marais neighbourhood, in the 4th arrondisment, really close to Hôtel-de-Ville metro station. The area was beautiful, with all the really old architecture, the little shops, cafés and bars, and the Seine close by. It was cold, though, between -5 to +5 degrees Celsius the whole time I was there. I know, I know, a Montrealer complaining about -5 weather? It felt colder than that, though, because it was also very humid, so it felt like the cold was just getting into my bones sometimes. It was also grey and cloudy for most of my time there, except for my very last day, when I explored the city. Before I get to that, let’s talk about WordCamp!

WordCamp Paris was on Friday and Saturday, in 2 different venues. On Friday, I saw a few talks, in the morning, but the jetlag unfortunately hit me quite hard and I left before the day was done, as I was having  hard time staying fully alert for all the talks. I did do a quick stint at the Happiness Bar before leaving, though! Saturday was billed more as a “workshop” day and was the day I was scheduled to talk, so I gave a quick overview talk on Jetpack and then answered people’s questions about it for the rest of my allotted time. I had hoped that I would also get the chance to perform some in-person Happiness Engineering, but no-one had any burning problems (which is a good thing, I guess!). Here are my slides that used for the overview (note the gratuitous use of Metro maps and images):

The best part of the whole WordCamp experience, however, was meeting so many kind, intelligent and motivated people, all wanting to learn about and share their knowledge about WordPress and the web. I was particularly pleased to meet someone I had been following for years, Ozh Richard, the creator of yourls and co-author of Professional WordPress Development:

Can you believe it was his first WordCamp? I think he got bit by the WordCamp bug now, though, and I hope to see him speak again. I had a lot of fun talking to him about his previous visit to Québec, and shared with him my insights on Québec swearing. Look at how pleased I am! 😀

Finally, Sunday was my last day, and the day I took to explore. I walked all day, for about 7 hours all told, with stops at the Pont Neuf, the Jardins des Tuileries, the Arc de Triomphe, and the Eiffel Tower. Then, a quick hop on the metro all the way to Bastille stop, and a tour of Place de Voges. I really wanted to stop and have a coffee at Café Hugo, but it was completely packed with not a seat available anywhere, so I left disappointed. In any case, it was a a fun day, and I was especially lucky that the sun came fully out from behind the clouds once I’d reached the Eiffel Tower. Lots of pictures after the jump!

END_OF_DOCUMENT_TOKEN_TO_BE_REPLACED

After my own Recap post, I figured it’d be fun to link to any other posts that folks have written about WordCamp Montreal. Go visit them and give their sites some love!

(thanks to my friend @zoonini for the image)